Baden-Baden is one of the most worth seeing cities in the whole of Baden-Württemberg. Germany’s most famous spa town has many sights to offer: Great thermal baths, grandiose architecture, the most noble and famous casino in Central Europe, great parks, luxurious hotels and restaurants and much more. 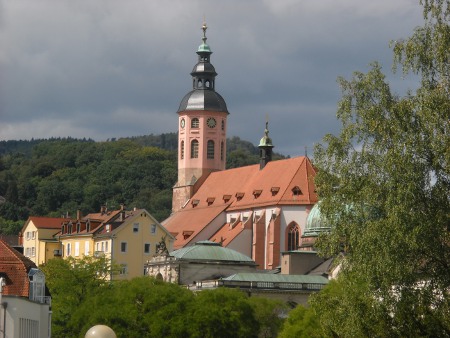 Bade-Baden has less than 60,000 inhabitants. Of these, almost 5,000 are now said to be wealthy Russians. In Russia, Baden-Baden is the most famous place in Germany after Berlin.

There is a large pedestrian zone in the centre of Baden-Baden. Here you quickly notice the wealth of the city. Everything is one or more notches classier than in other German cities. Luxury dominates the cityscape, the hotels, restaurnats and boutiques. Wherever you look, there are signs in Russian and English. In the shop windows of the many estate agents, villas and luxury flats are offered at astronomical prices. 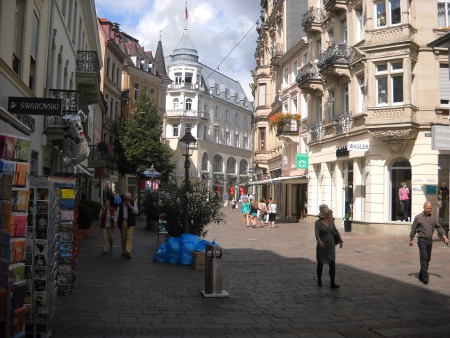 Baden-Baden has many sights to offer: The noble Casino Baden-Baden in the Kurhaus can be visited in the morning as part of a guided tour or in the evening during gaming operations. A stay at the spa, whether in the classic Friedrichsbad or in the modern Caracalla-Therme, is not to be missed. The famous Trinkhalle with its world-famous thermal water, Germany’s largest festival theatre and, last but not least, Lichtentaler Allee, probably the most beautiful avenue in the republic, are simply a must-see.

How to get to Baden-Baden: The train station is unfortunately about 4 kilometres outside the centre. But that’s not so bad, there are at least 10 buses per hour from the station to the city centre. All car parks and multi-storey car parks near the centre of Baden-Baden are chargeable.