Lake Constance is the largest lake in Germany. Three countries lie on the lake: Germany, Austria and Switzerland. The border triangle of these countries is therefore in the middle of Lake Constance. The shore of the lake is 273 kilometers long in total. About 63 percent of the shore is located on German territory, 27% in Switzerland and 10% in Austria. Lake Geneva and Lake Balaton in Hungary are both slightly larger than Lake Constance. 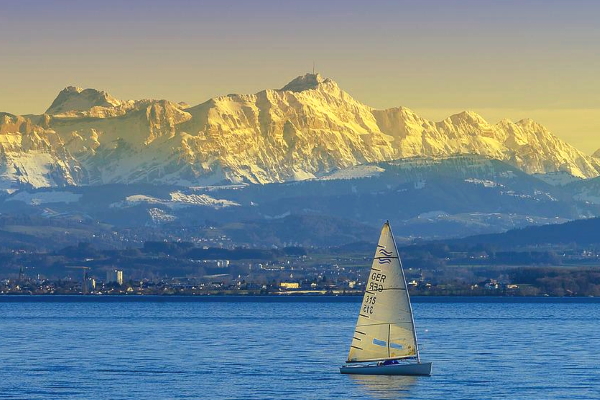 There are high mountains near Lake Constance

Several rivers flow into the large lake Lake Constance. By far the most water has the Rhine. But the Rhine is far from being the only river flowing into Lake Constance, as many people think. 40% of the water that flows into the Rhine comes from other small rivers and streams. Many different species of fish and duck birds live in or on the largest lake of Germany, Austria and Switzerland. Well known are for example the Lake Constance catfish, perch and lake trout. 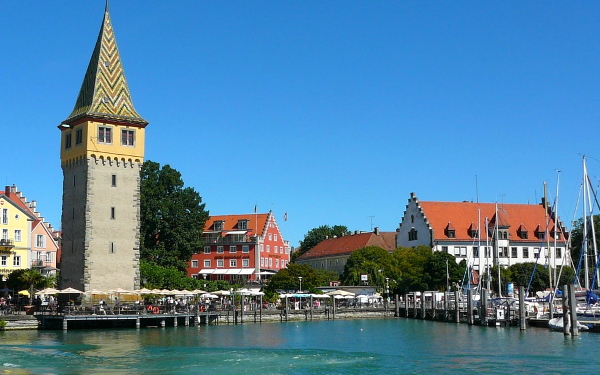 Lindau, a town on an island in the lake

There are three well-known islands in Lake Constance: Lindau, Mainau and Reichenau. On the island of Lindau is the downtown of the city of the same name. On Reichnau mainly vegetables are grown. On Mainau there are very famous parks with partly subtropical plants. Lake Constance is one of the mildest climatic regions in Germany.