The most important building in Uberlingen is the Gothic-style cathedral (late Gothic, built between the 14th and 16th centuries). St. Nicholas Minster is known, among other things, for its two very dissimilar towers. The tall white northern tower is much higher and has a completely different architectural style compared to the southern tower. 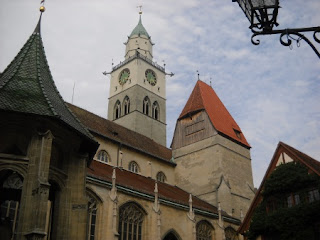 The beautiful town hall and the rest of Uberlingen’s old town are also worth seeing. The old town can be divided into Oberstadt and Unterstadt. The two parts are connected by several paths. Almost all of Überlingen’s town centre is a pedestrian zone or traffic-calmed zone. 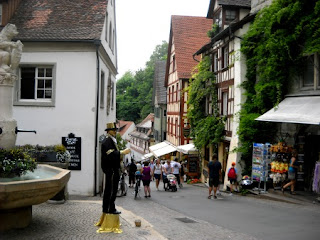 Getting to Uberlingen: You can often reach Überlingen by train. The town lies on the Friedrichshafen – Singen line. Buses run frequently to Meersburg, for example. Ferries depart from Uberlingen in summer to the flower island of Mainau and to Constance.