Duisburg Zoo, which opened about 70 years ago, is one of the largest and best-known zoos in Germany. It is best known for its dolphinarium, which is the largest of the four dolphin tanks in Germany. Duisburg Zoo does a lot to protect species; many animals threatened with extinction have been and are being successfully bred here. 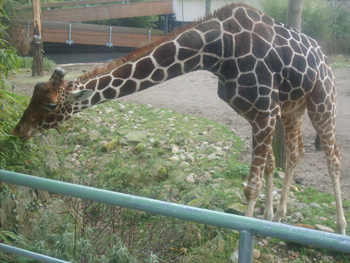 The size of the zoo is particularly impressive: over 2000 animals in almost 300 species can be seen in the Duisburg Zoo. Well known, for example, is the koala breeding and the large Amazon basin “Rio Negro” with Amazon river dolphin. The large monkey house and the Chinese garden are also popular.

The dolphinarium with six bottlenose dolphins is the highlight of the zoo visit for most zoo guests. Several times a day there is a show that should not be missed. Unfortunately, it is not included in the already quite high entrance fee to Duisburg Zoo.

Overall, Duisburg Zoo is a mixture of new and old. While some animal enclosures are very modern and spectacular, others make a rather renovation-needy impression.

The zoo is divided by an motorway, but you hardly notice it. The two parts are connected by a bridge. 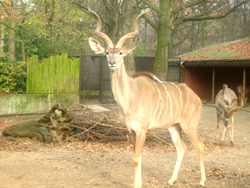 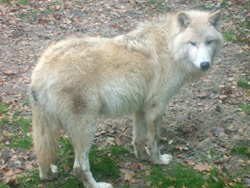 Open daily all year round: In summer 9-18:30, in winter until 16:00. However, as the zoo is quite large, you should definitely plan a few hours for your visit. Status of opening hours: 2022 April.

A reduction is available for pensioners, students, pupils, trainees and the unemployed, for example. Children under 3 years of age do not have to pay an entrance fee at Duisburg Zoo.

Status of prices: April 2022. Other information on this page may be older.

The zoo is located on the city limits of Mülheim an der Ruhr. Take tram line 901 every 10-15 minutes from Duisburg Hauptbahnhof and Mülheim Hbf.